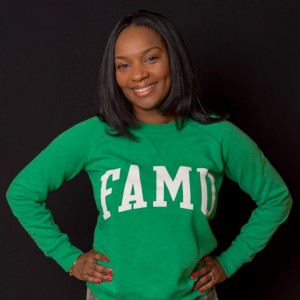 I’m both a giver and a go-getter. I’m the Montessori class mom, professor, nonprofit executive, HOA vice president, board member, mentor, devout traveler, resume reviewer, paper editor, workout partner, wife, daughter, sister, friend etc. and in my third year of marriage and second year of motherhood, I felt myself crashing. I know crashing looks different for everyone, for me it was a struggle with patience, sleep, headaches and feeling an immense weight on my shoulders. I was always running and living my life in flashes. At almost eight months pregnant with my daughter with a 2.5-year-old son, after just a brief moment of locking myself in the bathroom episode, I declared that this would be the year of me!

In my household, this meant an extreme shift both physically and mentally.

As a wife, I found myself the keeper of all knowledge regarding the household and the mental weight was too much to bear. Also, emotionally I was the caregiver for my husband and children, but “strong” enough to take care of myself, which meant I wasn’t taking care of me. I had communicated that I felt like I was carrying too much weight in the household previously, but communicating under extreme  duress didn’t allow for my message to be delivered clearly, and I could characterize my communication as persistently snide remarks consistent with my overall personality. So, instead of hinting and waiting for my husband to pick up clues, I had a frank conversation where I noted that I was in fact “losing my mind” and “no longer cared about anyone but myself.” Instead of waiting for a gifted spa day, I said “bye I’ll be back.” And I made a firm rule that when baby girl was born, I was not at any point to be left with two children alone. I didn’t even want to try it out. Of course, change is met with 1. Confusion and 2. Resistance, but for the sake of my sanity, it wasn’t up for discussion.

As a friend, I became unavailable as a supporter. I knew that I couldn’t take on any issues other than my own, so I didn’t do anything beyond offering a listening ear. For the “year of me” all I wanted to talk about with friends was what’s on television and what jeans make my stomach look flat and my butt sit up. I also increased conversations with friends who checked to make sure I hadn’t in fact lost it and/or were also on the motherhood/wife edge.

As a friend, I became unavailable as a supporter.

As a coworker, I was steadfast with the rule “poor planning on your part does not constitute and emergency on my part” and concentrated on passion projects. And while I’m an integral part of my team, I took a full 4.5 months of maternity leave (which is not hardly enough time) and only did work, in the form of participating in crucial meetings, a handful of times. The rest of the time I spent laying around with my baby on my chest reading African and Caribbean based fiction. When I went back to work, I didn’t have a chip on my shoulder because I had taken maternity leave. When I needed to leave I did. When I was sick, I went home. When I missed the kids, I stayed in bed and snuggled them longer. And guess what, the organization didn’t come crashing down.

As a daughter and sister, I called in favors constantly. While my parents and in laws aren’t local, I told them in very clear language “I’m going crazy, get here now” and they were there to help. My sister is a college student, but also the go-to babysitter. I was a complete user, and I am not sorry about it.

And everything else…I QUIT!

Board Secretary…I quit (not the board but the position)

Now I can’t say my year was the most relaxing, I still gave birth and raised a rambunctious boy nicknamed “Tornado Taj”. However, I can say concentrating on me has worked out in my favor, my marriage is in a better place because I don’t just voice concern/wants but ACT on them, thus I’m not bitter about waiting on my husband to act. I was promoted, because I was doing good work and not stretching myself thin to please everyone, and my kids have benefitted from having a pleasant and calm mother instead of one that’s involved in everything. I can take a few years off from the world to ensure my kids have someone who wakes up smiling.

I know sometimes mothers are so used to giving you don’t even know how to take. I got you! See some tips for your year of selfishness below:

Disclaimer: No husbands or children were hurt in the year of selfishness.

PrevPrevious PostMy Husband’s Ex-Wife Lives In Our Home As My Sister-Wife
Next Post#LoveYourSkin: Pregnancy & Postpartum SkincareNext

PrevPrevious PostMy Husband’s Ex-Wife Lives In Our Home As My Sister-Wife
Next Post#LoveYourSkin: Pregnancy & Postpartum SkincareNext