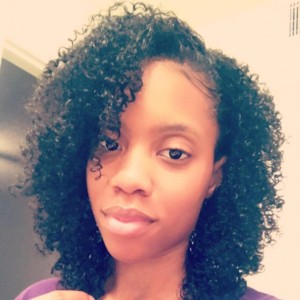 Five Ways to Protect Your Toddler During Flu Season

For some reason, the fact that my little toddler isn’t in school or daycare convinced me that he was safe from the plagues of the oh-so-dreadful flu season. I’d hear all these horror stories of what other parents were going through because their children contracted some virus/infection/sickness from the kids at school and think “Thank God my son isn’t in school yet”.

I did learn a hard lesson last season that sort of pulled me out of that mentality of thinking my little boy is invincible just because he’s not regularly around other children that can make him sick. Last season, he had two ear infections back to back, and, it seemed, a constant runny nose to carry him through the winter. Just because he’s not in school, doesn’t mean he’s safe from the elements. Here are five really good ways to protect your toddler during the flu season whether they’re in school or not:

Go to the store Walmart/Publix/Dollar General/wherever and pick some of those extremely convenient Lysol disinfecting wipes. Keep them in your house and stocked. Germs sit on every surface, even the ones we don’t normally think about. Disinfect baby’s favorite toys and his tablet that he’s been sharing with his four year old cousin who has been playing with his tongue for the past hour (kids right?).

Also, hit the remote, all the doorknobs in the house, the refrigerator handle, game controllers, anything that you touch every single day that you don’t even think about, even your phone (because he keeps trying to unlock it and play with it even though you told him no and that’s why you spent all that money on that tablet for him).

I don’t know why this escaped my mind, like babies hands can’t get dirty or something, especially toddler hands that somehow get into every flipping thing. Just like your hands get dirty throughout the day, baby’s hands also get dirty. He’s touching the same things you’re touching. Wash his hands as much as you can remember to. If you’re in public or somewhere inconvenient, wipes from his diaper bag are good too.

You would think this one would be a no brainer, but I have seen so many little kids with a flimsy little jacket on and a hat on their heads. Last year, I even saw a little boy in shorts, a jacket, and a hat in the middle of winter, like where they do that at? His dad was dressed the same though so I guess it’s probably a family thing. I’ve even been guilty of not buttoning my son’s coat because we were “going straight to the car and it’s already warmed up”.

Little children are so much more susceptible to colds/illnesses than we are. You are never doing too much to keep baby warm and safe. Keep a hat (a decent, warm hat) on baby’s head, keep a nice, thick coat on him, scarves, gloves, whatever you need to depending on where you live and how cold it gets there. If he’s really young or really easy to sicken, you can store a blanket in the car to have to put over him throughout the season.

I know as moms it’s very hard to stay inside of the house. There is always something we need to do, some errand to run, and like it or not, little cuteness over there with the big eyes and squishy cheeks has to tag along. I get it because that is so my life, but there are a couple things we can do to be a little more proactive about keeping them inside this season.

I live in the south, in the deep, dirty south. It gets so hot during the summer, but in the winter when it gets cold, it gets cooold, girl. No matter how bundled baby is, taking him in and out of the heat of the car into the bone chilling cold and wind isn’t good for him. That hot then cold, hot then cold situation will only make him sick.

Here are a few ways you can cut down on the time they have to be outside in that air:

I understand there are some times when you absolutely have to carry baby with you. These are just a few things you can do to lessen the amount of time he has to go outside in that cold air.

Nip Baby’s Cold in the Bud Before It Gets Started

A cold always shows little signs that it’s trying to come on before it becomes a full blown monster. It could be a scratchy throat, a little cough every now and then, a drippy nose. There is always a small sign that we don’t really pay attention to. This is the perfect time to be proactive and stop that cold before it can even happen.

Zinc is AMAZING in stopping a cold dead in its tracks. This isn’t exactly yummy but if you notice cuteness over there sniffing a little bit, you can take a small piece of garlic (garlic is full of zinc), cut it up, boil it in half a cup of water and let it steep for a few mins. Put some honey in it to make it taste a tad bit better. Get one of those baby syringes that comes with pediatric prescriptions. You only need about 5 ML of the tea. Grab cuteness, cradle him back in your lap, stick the syringe into the very corner of his mouth, the very corner, like around his teeth (can you tell my son fights me with his medicine), and slowly push the tea into the back of his throat. Baby won’t like it, but because of the way you’re holding him, and the instinct he has to swallow, you’ll get it in him. That wannabe cold that was forming will disappear.

Another thing you can do if your baby is older, like two and a half to three, and has all his teeth, you can go to the store CVS/Walgreens/Walmart and pick up these little things called zinc lozenges. These little things are magical fairy unicorns in the shape of a lozenge. They obliterate all efforts the flu season makes to start a cold going in your system, but only if you use them at the very first sign. They’re really good for you, and they work just as well for your baby. You don’t need the whole lozenge for him, though. While it’s still in the plastic, crush it up and give him a couple of small, easily chewable pieces, and that’ll be all he needs to stop that cold.

The flu season is acomin’ fast. Unfortunately for me, I’m in that part of the country where at this time of the year, it still gets above 95 degrees during the day, but drops down to below 60 at night. The perfect atmosphere for the flu. So I’ve already incorporated some of these little everyday tricks. Whenever your season starts for you, wherever you live, you can use these little tricks to make this season better than the last, whether your toddler is in school or not.

About the Author: Kameelah is a 24 year old, stay at home mom of a little boy with another little one on the way. She is the creator of MessyMamaDown. She is on a journey of being the best mother she can be while also blogging about everything she learns along the way. Check out her blog, and follow her on Instagram and Twitter.

Getting into a workout groove can be challenging for a busy mom. And with 2020’s quarantine regulations, new challenges were added that made getting to

A few months ago my husband asked what I wanted to do for vacation. “Vacation?” I asked. It’s a little bit of a foreign concept.

During my pregnancy with my first daughter, I spent hours online reading articles and watching YouTube videos preparing for the journey ahead. After each search

SHARE THIS POST
Read More »
PrevPrevious PostPregnancy & Infant Loss Awareness Month: How To Support A Grieving Mom
Next PostI Don’t Want A Husband. Signed, A Woman That Doesn’t Want To Be A Wife.Next

PrevPrevious PostPregnancy & Infant Loss Awareness Month: How To Support A Grieving Mom
Next PostI Don’t Want A Husband. Signed, A Woman That Doesn’t Want To Be A Wife.Next

Getting into a workout groove can be challenging for a busy mom. And with 2020’s quarantine regulations, new challenges were added that made getting to

A few months ago my husband asked what I wanted to do for vacation. “Vacation?” I asked. It’s a little bit of a foreign concept.

During my pregnancy with my first daughter, I spent hours online reading articles and watching YouTube videos preparing for the journey ahead. After each search

STYLED WITH ❤ BY CHIC & CREATIVE DESIGN