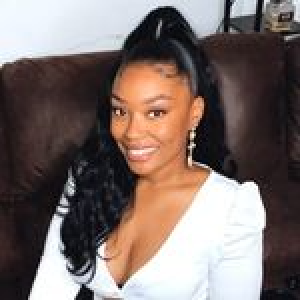 Let’s be real, how many millennial mothers do you know that are stay at home moms? It’s a large number of them out there, right? Now, how many millennial black mothers do you know that are stay at home moms? The list just got smaller, huh? The black woman is synonymous with hard work. Black women are told that they have to prove their worth to everyone, including their own people. If a black woman dares mentions that she is a SAHM, then she better have a damn good reason for doing so. Yes, black women are half as likely as white women to be SAHM moms, but they do exist! Why is there so much contempt for black SAHM moms? Does this have more to do with history than with the assumed disparity with work responsibilities?

Furthermore, members of a family were tornapart and sold to different plantations. If the black woman was not in the home, then she was in the field all the same.

Historically speaking, the working wage of black men has always paled in comparison to that of their counterparts. That is to say, post-slavery black women still held a job to ensure that the family stayed above water. With this in mind, the stay at home mom role was not one that the black family could afford.

Let’s be clear, were there post-slavery black families that had SAHM’s? Absolutely. However, it was not common.

Don’t forget, black families were ripped apart by slavery. After slavery, the savagery had a new face: the war on drugs. In ’71, Nixon declared the “War on Drugs” and cloaked it as a war…on…drugs. However, what Nixon was truly after were anti-war activists and black Americans.Nixon’s policy was merely a political tool, a costly one, that still operates today.

As the prison system filled with black fathers, the prison industrial complex expanded. Slavery had a new face and once again, it was at the cost of the black family. This left black women to fend for themselves, but with access to higher education. Black women strayed further and further away from domestic roles and focused more on academics.

This shift in the black family was noticed by the children. Their understanding was that their mother was the sole provider of the family. Subconsciously, this has had an everlasting impact. Little girls were told to secure their education and career because those two things could never be taken away from them.

Young boys were raised without father figures. Let’s be clear, there were single mothers who did the damn thing within her household and with her children while the father was sent to prison. However, I have to make it clear how we got here. This truth has to be acknowledged.

Black women are the backbone of the black family. The woman is the first teacher of children, so who better to do that than their own mother?

I am tired of having to justify my existence and explain my choice to my own people. Why do people think that being a SAHM is easy? Because I don’t punch a clock? Let’s be clear, settling into my new identity has been a shock for me. I moved to a city where I knew a household worth of people and built myself from the ground up. Using every survival skill that I had learned, I made a life for myself. I was self-sufficient, or what they would label as being an “independent black woman”. Everything I owned was afforded by me. I received 3+ promotions within the same company, held a formal title, drove the latest vehicles, pampered myself, lived in a luxury apartment and more! I wasn’t a damsel in distress waiting for my prince charming. So, the belief that SAHM’s are women that didn’t have anything going for themselves and need saving is preposterous.

The amount of scrutiny that we give black SAHM’s is atrocious. I have an internal struggle within myself already, so I don’t need the pregnant pause of judgment after I mention that I am a SAHM. While I know that my ancestors wanted to see equality for me within the workforce, I also know that they longed to devote more time to their children.

We made this decision for our children; our legacy.

While I do not punch a clock every day, I am a large contributor to my household. My job is around the clock and I never leave work because my home is my work. My days are never boring because I also have other endeavors in the works that sometimes keep me up in the wee hours of the morning while everyone is asleep. I love where I am in life right now. It requires me to shift and evolve beyond a limiting reality that I had created for myself.

I know that my days will get busier because we plan to homeschool on top of managing businesses and family, but I look forward to the journey! So, let’s think about why we judge black SAHM’s and challenge our own thinking next time we meet one.

Netra is an Atlanta born blogger and a modern mom with a twist. When she is not experimenting in the kitchen, doting on Biggie Smalls (her plump six-month-old) or meditating, you can find her curating posts for her blog, The Brown Perfection. The Brown Perfection aims to elevate its readers through mind, body, and spirit by implementing spirituality, healthier eating practices, and personal development.
View all posts by Aysia Bly
Website
SHARE THIS POST
- 🗨 join the conversation, add a comment -

PrevPrevious PostTen Lessons For Mompreneurs – From Beyonce’ Herself.
Next PostBring Black History Back In Our Schools With CommUNITY Touring TheatreNext

PrevPrevious PostTen Lessons For Mompreneurs – From Beyonce’ Herself.
Next PostBring Black History Back In Our Schools With CommUNITY Touring TheatreNext